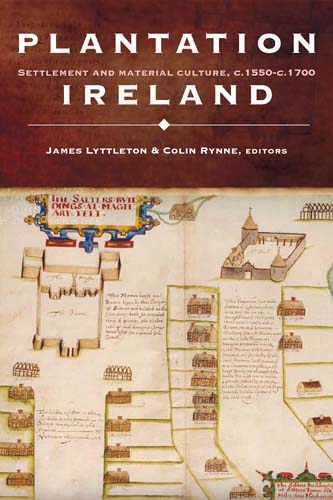 This book is the result of a joint collaboration between the Irish Post-Medieval Archaeology Group and the Group for the Study of Irish Historic Settlement and derives from the various papers presented at the sixth annual IPMAG conference, held at University College Cork in February 2006.

4. How popular were fortified houses in Irish castle building history? A look at their numbers in the archaeological record and distribution patterns- Sharon Weadick

6. ‘The root of all vice and bestiality’: exploring the cultural role of the alehouse in the Ulster plantation- Audrey Horning

10. Faith of our fathers: the Gaelic aristocracy in Co. Offaly and the Counter-Reformation- James Lyttleton

11. Relics and the past: the material culture of Catholic martyrdom in Ireland- Clodagh Tait

12. Irish archaeology and the poetry of Edmund Spenser: content and context- Tom Herron